So, first, I want to note that any trials I had trying to get my vaccine booster start from a place of privilege, when the global vaccine inequity means plenty of people haven't had access to the first dose.
Also, while I am still considered high risk for Covid, I am a telecommuter who lives in a city with robust services such that I am able to limit my people interactions. Although I do live somewhere with communal laundry.
But when I got my first two doses, I had more schedule flexibility than I do now, so while I had access to weekend appointments, I intentionally selected weekday morning ones, so the weekends could go to folks with less flexibility.
And now my current contract has less flexibility and is not conducive to planning two or three weeks out.
And the place where I got my first two doses, has apparently decided no one needs weekend doses anymore.
So I made an appointment for a Friday evening so I could recover on a weekend.  And then I had to work so I cancelled it. (Also, can we talk about how most of these systems make cancelling appointments so hard?)
And I made another appointment for a Saturday three weeks later, which was the first I could find. And then I came down with something. Likely not Covid, but one of the symptoms they usually ask if you've had in the last few days, so I had to miss my appointment out of an abundance of caution. (I felt better the day of the appointment, of course. Caution is still good.)
And so I made another appointment. And that one worked. Finally.
Other people have noted that we had huge vaccine clinics in April and May and now we don't. I passed a long line at a vaccine clinic doing my errands last weekend, and I had kept an eye on those too as I was searching. But right now, in DC, the city run clinics move around, and have no appointments. So you have to have several hours and the time to get to wherever that day's clinics are. I live in a densely populated area, so there definitely were ones in my area, but not every day, and the announcements are made that day. So you get up, check on line and then know where you need to go.
DC does also have at home scheduling, and that is also an option.
As I said at the start, I did it and I know there are plenty of folks who still can't get one dose, so worry about boosting access is a privilege. But it feels like we've made this process harder instead of easier one year into vaccines being available. And that concerns me, because we still have plenty of vulnerable people in our community.
Posted by RandomRanter at 8:37 AM

1. If you missed the Jean and Jorts story, there is an update embedded in this post, which takes on the extended metaphor of how expecting cats with different aptitudes to act differently, to ableism in the workplace.
2. A woman found her cat 12 years later, when he turned up on a social media post for a shelter.
3. Jonny Sun wrote a beautiful ode to a ZZ plant that can do well basically neglected, but doesn't have to be.
Posted by RandomRanter at 12:15 PM

The Return of the Light

I texted a friend that I was feeling grinchy this weekend. I spent Saturday running some last errands so that I could get ready for a gathering next weekend and then got home and took a look at the recent COVID numbers and realized that I was not going to attend an indoor event that involved multiple households next week, not even vaccinated households.
But it wasn't just that. Not really. I hadn't begun listening to holiday music, I hadn't put up a sparkle tree, I basically have - other than getting presents shipped - had done very little to acknowledge the season.
And someone tweeted that the Solstice was soon and I felt something relax a bit.
This time of year where our half of the world gets dark is hard. There's a reason so many cultures designed gatherings with food and light. Even without a pandemic it's hard.
It's hard if you figured out a way to gather safely with your peeps (video chat counts!) or are huddling close to home.
I'm a big believer that the best kind of holidays are ones where you are expected to eat food at regular intervals and just be. A stretchy bottoms all day kind of holiday.
Your ideal holiday may look a little different and may also not be this week.
But for my fellow Northern Hemisphere folks, soon the light returns. And that is quite delightful.
Posted by RandomRanter at 9:34 AM

1. This article took a look at how "Snapped" - which apparently had at it's starting ethos that it would not be about domestic violence victims, is almost entirely about domestic violence victims.
2. I am all for a local look at how not everywhere with mountains is the same.  NHPR reviews the New Hamshire-ness of "Single All the Way".
3. Apparently cephalopod statue are showing up in Dallas sometimes.
Posted by RandomRanter at 8:49 AM

Here are some of the resources that were recommended to me:
Operation BBQ Relief: https://gofund.me/313cf9f1
Mercy Chefs: mercychefs.com
And this google doc has a growing list of resources here: https://docs.google.com/document/d/1s1lxIErZx-mz7V9nGNZR-e5Aok6RsIcXFFP9v7vXLmY
There will of course be aid coming from other sources, including government aid, but these options can help provide some immediate relief.
Posted by RandomRanter at 12:30 PM

1. A teacher assigned her middle schoolers the task of creating a kids book about Florence Price, a Black female composer born in the late 1800's.  And now it's a  real book.
2. I've been following the story of the tainted water in O'ahu. This is a fairly good recap of where it stands right now. My parents had stories of rashes from swimming.  The military presence in Hawai;i and use of Hawai'i as a testing ground has long had consequences.
3. There is, as this post details, something kind of entrancing about a truly terrible meal.  I am so sorry these folks had this experience, but it is a fascinating story.
Posted by RandomRanter at 8:57 AM

I got the news alert about the diplomatic boycott of the Olympic Games and because it was the middle of a busy Monday, I took some time before I was able to click through to the whole article and I confess I was disappointed. I understand there are no perfect solutions here. And I also understand that athletes that wish to compete in a pandemic should maybe get to compete because Olympics are hard to come by.
I talked before about my unease with holding an Olympics when approximately half the world is currently unvaccinated, when many athletes are travelling from countries that have had limited access to vaccines, and are being asked to arrive somewhere and operate in close quarters with athletes, coaches, judges, and press with limited protection.
If anyone needs to hang onto their lung capacity it is definitely athletes.  (Also, as an asthmatic, I have to tell you lung capacity is a wonderful privilege that everyone should be able to enjoy.)
Quick note: I am going to bring up a sexual assualt story.  As always, please feel free to bow out now, if this is not a good time for you to read that.  RAINN provides support to folks who have expereinced sexual assualt and resources for those who wish to better support the survivors in their life.
RAINN created and operates the National Sexual Assault Hotline, accessible 24/7 by phone (800.656.HOPE) and online (online.rainn.org).
I am also aware of, and have been following the story of Peng Shuai, a tennis player and Olympian who seems to have possibly disappeared after indicating she had been sexually assaulted by a political figure.
So, yes, I can think of several reasons for people to have concerns about an Olympics being held in China, not just in a pandemic.
I know there is reason to believe that with making political change, things like athletic boycotts were more effective in situations like South Africa than many of the economic ones, since economic sanctions mostly affect the people without power.
I am aware that symbolic gestures are sometimes better than nothing.  I even agree that in a pandemic, less people travelling to be at the thing in person is actually a very good idea.
But I think this is also not quite enough.  I know no one wants to disappoint athletes, but I think not wanting to disappoint people in a pandemic is part of why this pandemic has continued longer than it needed to.  And so I wish we were ready for a stronger message than we will watch your Olympics from our couches.  But it is at least something.
Posted by RandomRanter at 7:55 PM

New Release - Bored By the Billionaire 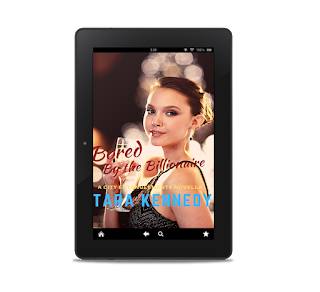 Newsletter folks got a heads up on this, but Bored By the Billionaire is here!
1. I have great respect for Amtrak's quiet car.  But the idea of creating characters who got kicked out amused me.
2. I came up with the title for this first, which almost never happens for me.  I had read an interview where someone said dating billionaires can get boring.  And that intrigued me.  I've read a lot of billionaires.
But yes, I could also see how eventually hanging out with all these folks born into money might wear on you.
3. I wanted to write two characters who got together fast.  So fast they skipped over things like jobs and last names.
4. I also appear to be interested in breakups.  How they happen and how trying to avoid emotional mess may not work. (To be clear I love avoiding emotional mess.  I'm not saying it doesn't ever work.) But the messiness is fun to explore in fiction.
5. My love of the DC museums shows up here again.
6. For those who've read Repeated Burn - Marcus, and some of the other staffers at the Hotel Camden show up here.
7. Blurb: Lulu Williams is bored with dating billionaires.  She has just ditched the latest and is on a late night train back to DC when she encounters a handsome stranger.  They get kicked out of the quiet car together and agree to go from the train to a hotel room to explore this sexual tension.  Lulu figures Aiden will be the perfect palate cleanser.  He wasn't supposed to also be an interesting guy who doesn't treat her purse mogul life as a cute hobby, who takes her to museums, and eats fried food from a bag.  And he especially wasn't supposed to be a billionaire.
Available at multiple etailers:
Zon: https://amzn.to/3piQgma
Apple: https://apple.co/3deLu3l
Kobo: https://bit.ly/3DmgQQv
Universal: https://books2read.com/u/47O6GL
Posted by RandomRanter at 9:22 AM

1. As plenty of folks, including Filmed Live Musicals, have been suggesting, Lin-Manual Miranda noted that the filmed version of "Hamilton" actually increased demand for live performance tickets, rather than diminishing it.  Hopefully more filmed performances will be available for folks.
2. They have declared the cleanup of a WWI dump site near American University (and near the neighborhood I grew up in) complete.
3. If you are up for a listen, this Bob Mondello remembrance of Stephen Sondheim is lovely.
Posted by RandomRanter at 9:29 AM